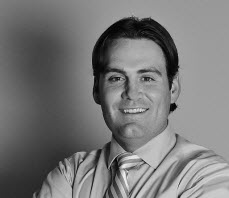 Dustin Smith attended the University of Illinois at Urbana/Champaign where he earned a degree in History and a minor in Anthropology. Dustin graduated college and went on to attend the John Marshall Law School in Chicago, Illinois.  Dustin began his career as a prosecutor in the city of Chicago with the Cook County State’s Attorney’s Office.  It was at the State’s Attorney’s Office where Dustin first began litigating DUI cases as a licensed law clerk in the Traffic Division at the Daley Center in Chicago.  Dustin gained priceless experience with DUI cases during his time at the Cook County State’s Attorney’s Office. This includes experience in the courtroom and with all of the legal issues that surround every DUI case.   In his legal career Dustin has litigated many bench trials and jury trials with charges ranging from DUI’s, drugs, guns, and even murder.  Dustin’s unique background as a former prosecutor and now a criminal defense attorney gives him an advantageous insight into all types of DUI charges and a better understanding of each client’s case.  Dustin has worked DUI cases as both a prosecutor and as a defense attorney.  The experienced gained by litigating DUI’s from both the prosecution side and the defense side is an invaluable tool that Dustin puts to use in every DUI case that he handles.

Dustin is an experienced DUI trial lawyer who is willing to litigate all aspects of your case in a professional and efficient manner be it a motion, bench trial, or even a jury trial.  Dustin has more than a decade of experience litigating DUI’s in Illinois.  Dustin has vast experience protecting your driving privileges by litigating Statutory Summary Suspension hearings as well.  Dustin was recently selected to the Top 100 Trial Lawyers and is a member of the Federal Trial Bar for the Northern District of Illinois.  Dustin prides himself on his ability to understand each of his clients’ unique situations and advocates accordingly.

You have been through enough, let us take it from here.
Complete the form below to have one of our DUI attorneys review your case.

Speak to an attorney!